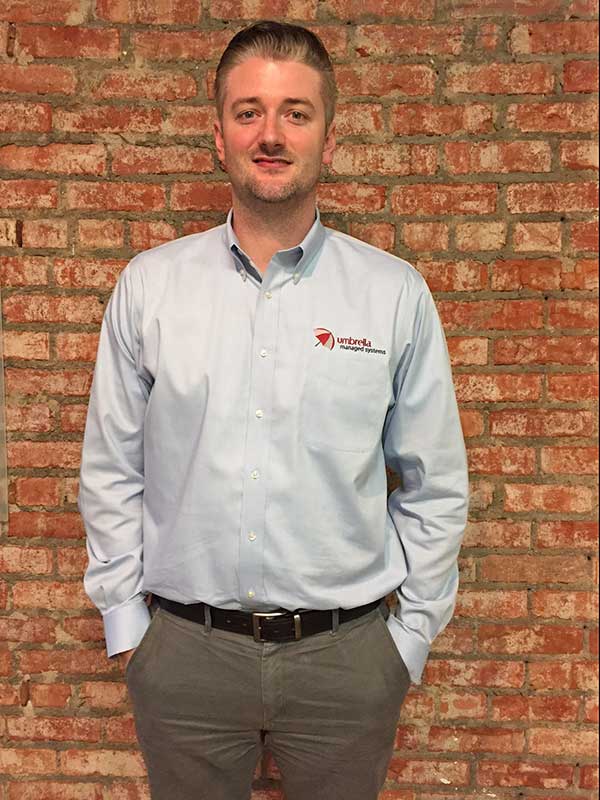 Kyle joined Umbrella on March 13, 2017. Kyle is a local boy through and through. He grew up in Kirksville, MO. He studied Business Management at Northwest Missouri State and spent 7 years in the Air Force. While supporting Umbrella’s mission full time and taking care of Team Gotham clients, he has extended his military service in the Air Guard, working part time at the 241st Air Traffic Control Squadron at Rosecrans Memorial Airport in St. Joseph, taking care of the mission there as well.

Kyle supported Airfield System Electronics also known as base communications, i.e. radar and radio frequency management. During this time, he was stationed at Whiteman Airforce Base in Knob Noster, Missouri. He was also stationed in Italy for 2 years and spent time in the Gulf Coast states. At one point, he was assigned an IT role which got him interested in the field.

When he returned to the KC area, he decided to attend Centriq Training to gain more IT knowledge and make that his career. Umbrella frequently scouts potential employees at Centriq job fairs and we were fortunate to meet Kyle at one of these events. I remember Luke telling me, “I would have hired him on the spot with a handshake.”

Kyle was a good fit as he wasn’t interested in a traditional corporate environment. He felt comfortable the minute he came in the door when he was greeted by our Office Dog, Jenny. As most interviews are stressful, he felt more of a friendly vibe. He was drawn to the diversity of our clients and their networks. His experience as “air traffic controller” and working in a reactive mode, made him an excellent candidate. He was excited about the opportunity to continue to grow his IT skills through the support of his peers. 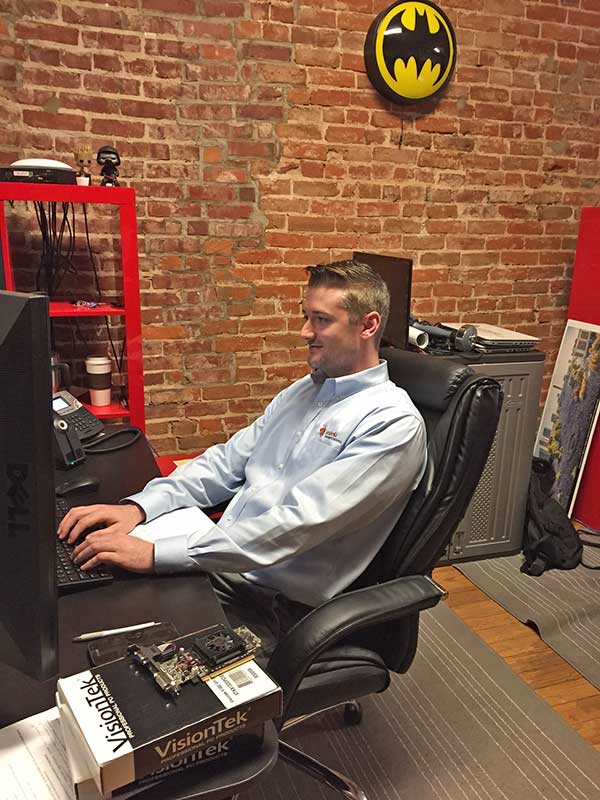 As Kyle has now completed 60 days of service at Umbrella, his instincts were accurate. We love having him here, he has adapted to the Umbrella way very quickly! We’re proud to have another military veteran on our team!

Kyle lives with his girlfriend, Cambrin, in Overland Park. They enjoy outdoor activities such as biking, camping and float trips. He also has the nerd gene for video games, Marvel and Star Wars movies. He’s a sports fan, loving KU Basketball and the Kansas City Royals. In fact, he was honored to be part of a military group who waved the giant flag during the National Anthem on the field at the first home game of the 2014 World Series!