Independence Day has passed, the fireworks smoke has settled, and we’re more than halfway through the year! During the holiday, we appreciate more than just the fireworks. We have a special appreciation for our veterans.

Umbrella has been my home for two years. Prior to working at Umbrella, I served in the United States Army for four years, as an M1 Abrams tanker. I’m not the only veteran serving with Umbrella, we have a total of 7 ex-military supporting our clients.

The Road to Umbrella

Transitioning from military service was almost as hard as joining. There are no tanks for me to drive, no rifles for me to carry, and I had just come home from a year deployment to Afghanistan. I had to find something to focus my mind on.

I had always been “the tech guy” while overseas and decided to sign on with Centriq to build on my technology experience. At the end of training, I attended a job fair and met Umbrella for the first time. After a brief chat with Curtis Bagnall, I knew exactly where I wanted to be.

Less than a month later, I signed with Umbrella. I was welcomed with open arms and was surprised to see how many other veterans had traveled the same path. Umbrella provided me with the tools and people to drive me towards success.

Our Sense of Duty Does Not Stop with Military Service!

Not all our veterans served in the same branch. However, we share common values that go towards supporting your computer systems every day. Honor, commitment, and integrity are common values across all branches. We take pride in our work and love being the hero for our clients.

Managed services is challenging work. Daily, our engineers adapt and overcome various technological problems. The challenge is what I personally love the most about Umbrella. No one day is the same as the next. I now have new “battle buddies” on my left and right. 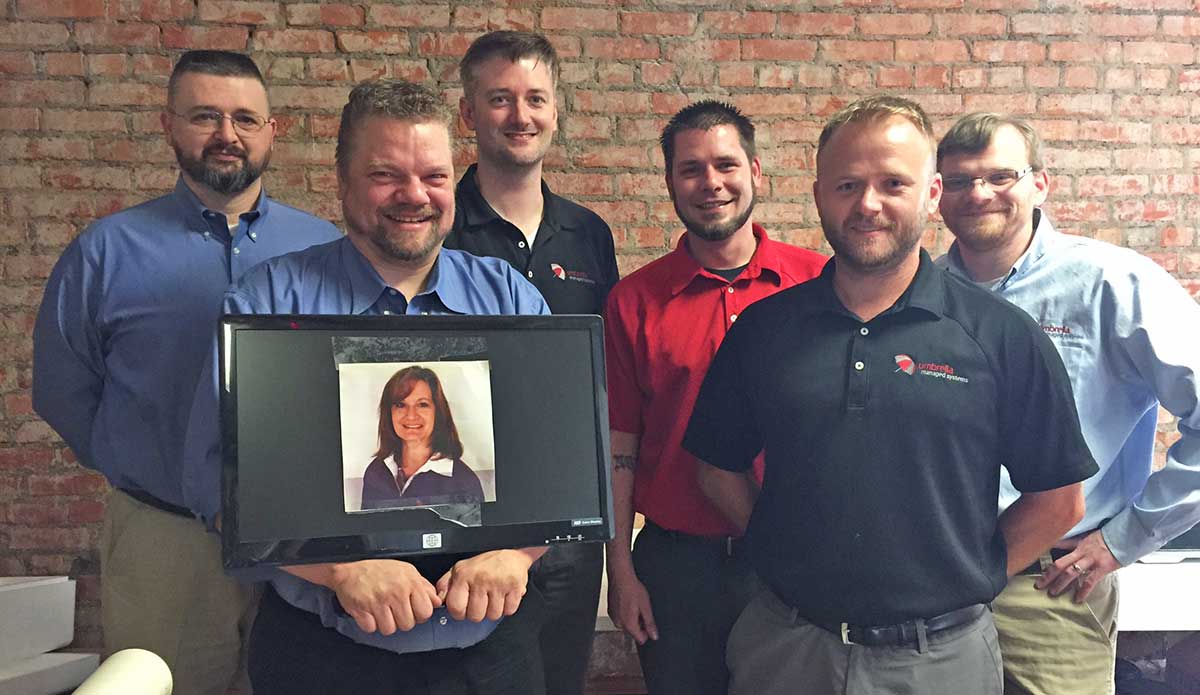 From Left to Right: Former Military Now On the Umbrella Team

Doreen Mundy (In the picture on the monitor held by James, she works remotely for Umbrella)
US Army, serving from October 2006 – April 2008 as E3 (Private First Class)
MOS (Job): 35M- Human Intelligence Collector